This lesson was contributed by:

This lesson is for: 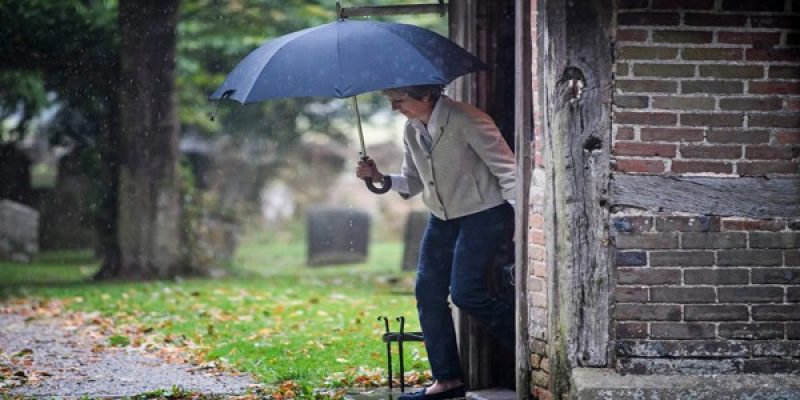 What should you expect from this lesson?

In this lesson we will learn about the typical sequence of weather brought about by the passage of a mid-latitude depression. We will understand the meaning and sequence of the warm front, warm sector, cold front and occluded front and the typical weather associated with each. We will also learn how to recognise a depression on a weather chart and be able to forecast the weather for a particular locality shown on a weather chart that shows a mid-latitude depression.

Press the button to print this lesson

How to carry out this lesson at home:

Image 1 shows a weather map or better known as a synoptic chart. It is covered with lines known as isobars. As we know from the previous lesson, these isobars join places with equal atmospheric pressure. Some of these lines have numbers on them showing values in millibars or hectoPascals. Areas with an air pressure below 1013 mb are considered to be areas of low pressure. A low pressure area is also known as a depression.

Watch this short video clip that describes how a low pressure forms and the weather associated with it.

The main characteristics of a depression include:

• Winds flows anticlockwise in the northern hemisphere around a low pressure.
• Rising air is normally unstable with wet and windy weather.
• Isobars are close together indicating that it is windy.
• On a synoptic chart, a low pressure system, is denoted by the letter ‘L’.
Image 3 shows all the characteristics of a low pressure system.

In the UK most of the weather is associated with the passage of depressions which form over the Atlantic Ocean and pass across the UK from west to east driven by the prevailing winds. These depressions are formed when warm air from the tropics meets and is forced to rise above the cold air from the poles. The rising air creates the centre of low pressure. The line that separates the two air masses is called a front.

Watch these two short video clips which show how fronts formed, how are they recognised on weather maps and the weather associated with them.

As we have seen fronts are boundaries between two air masses of different temperature and density. Fronts are associated with an area of low pressure and are accompanied by clouds and rain.

By referring to the videos you have watched answer the following question.

Warm Front:
As we have seen, warm fronts are shown with a red line and red semi-circles. The way in which the semi-circles point show the direction in which the front is moving. It indicates that warm air is advancing and rising over the cold air. This is because warm air is lighter than cold air. So warm fronts occur where warmer air replaces cooler air at the ground. As the warm front approaches there is a gradual deterioration of the weather resulting in a prolonged spell of heavy rainfall. Once the warm front passes the rain becomes lighter or ceases altogether but remains cloudy. Temperatures rise behind the warm front. The area behind a warm front is known as a warm sector.

Cold Front:
Cold fronts are shown with a blue line and blue triangles. The way in which the triangles point show the direction in which the front is moving. A cold front indicates that cold air is advancing and pushing underneath warmer air at the surface. This occurs because cold air is heavier than warm air. As the cold front passes temperatures fall followed by a short spell of heavy rain sometimes accompanied by thunderstorms and cumulonimbus clouds.

Occluded Front:
Where a cold front and a warm front meet an occluded front is created shown by lines with overlapping semi-circles and triangles. An occlusion can be thought of as having similar characteristics to both warm and cold fronts.

Now refer to image 6. It show a synoptic chart with a number of depressions. Now answer the following questions.

Now you can complete some more activities on this topic which are found on the worksheet available in the resource section.

All the resources you need to carry out this lesson at home:

There are 8 Resources for this lesson

Featured Video of the lesson:

Discuss or Ask Questions about this lesson:

If you enjoyed this, or think this is a great lesson, please feel free to share it on your social media tools.